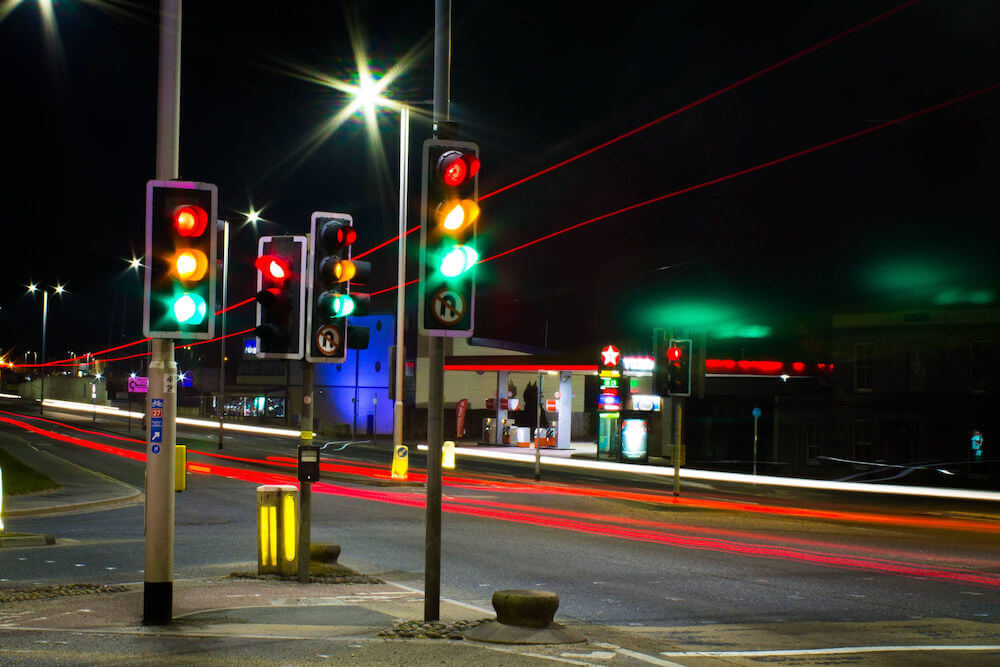 I realized I’ve written guides describing how to use the Low Voltage Labs traffic lights with the Raspberry Pi for Python (read Python article), Swift (read Swift article), Node RED (read Node RED article), Java (read Java article), C (read C article), Bash scripting (read Bash article), Go (read Go article), Rust, Arduino and .NET/C#, but never for Node.js. Node.js is a great environment for writing modern JavaScript on the Pi and has a huge ecosystem of off the shelf packages from npm that help you get things done without re-inventing wheels. Let’s take a look at how we can use it to control the traffic light LEDS…

The “Lite” Raspberry Pi OS doesn’t have Node.js pre-installed, as it is a minimal distribution. Let’s add an up to date version of Node.js from NodeSource:

This will add a Node.js 10.x repo and update the package list. Once completed, we can then install Node.js (which also includes the npm package manager):

We should now have an up to date Node.js and npm (your version numbers may differ):

We’ll also need git, which isn’t installed with Raspbian Lite but is simple to add:

To get going, grab my example code from GitHub, install module dependencies and start it up:

If the lights are connected to the correct GPIO pins, they should start to flash on and off in the UK traffic light pattern (red, red + amber, green, amber, red). If you don’t see anything, make sure that you have the lights connected to the right pins.

To exit, press Ctrl + C. This will cause all of the lights to turn off, and the program will exit.

The first thing to do is require the onoff module, which handles interaction with the Pi’s GPIO pins. Lines 3–5 set up objects for each of the three lights, telling onoff which pin to use, and that they are to be used as outputs.

In order to make Node.js wait around for a configurable time before changing the state of the lines, we define a sleep function at line 7 that takes the desired sleep time in milliseconds as its parameter. This function returns a promise that is resolved after an appropriate wait period has expired.

Lines 13–37 defines an async function that loops forever and uses the onoff module’s writeSync function to turn each light on (1) or off (0) according to the desired stage of the traffic light sequence. At each stage, the sleep function is called to keep the lights in their current state for a period of time (2000 milliseconds = 2 seconds for example). sleep returns a promise, so we await its resolution.

Line 39–43 define a convenience function that will switch all of the lights off.

Finally line 51 ensures that we always start in the right state by switching all of the lights off, then invoking runLights which will run in a continuous loop until the user presses Ctrl+C, invoking the SIGINT handler.

Using async, await and promises, plus the synchronous functions provided by the onoff module makes the code much easier to read than it could have been, and avoids deeply nested callbacks.