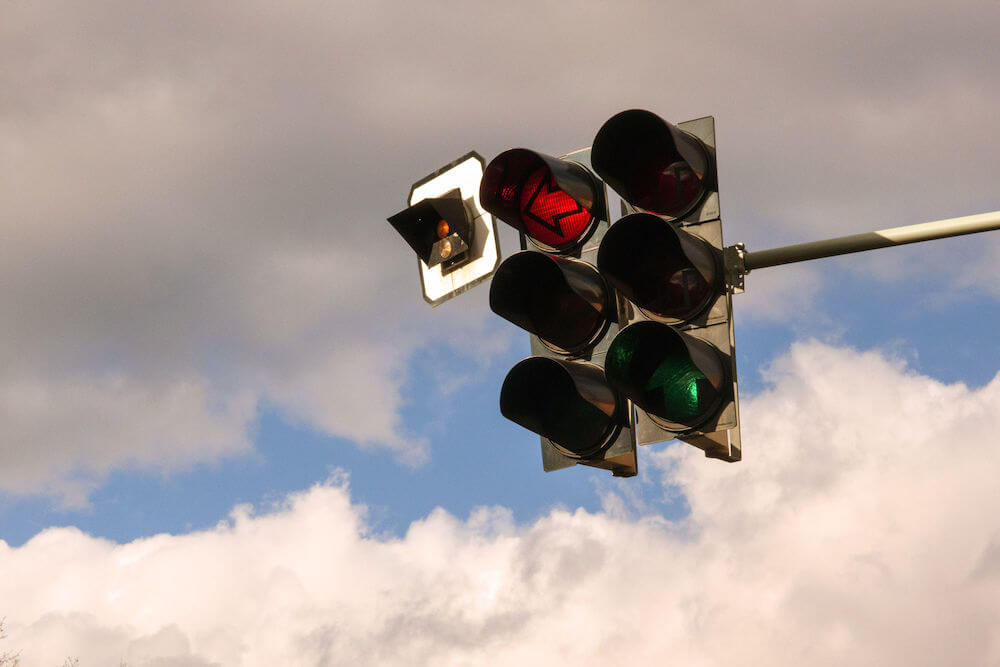 We’ll need a couple of tools to turn our C source code into a binary executable. Let’s verify that we have gcc (C compiler) and make (build automation tool) installed:

Those come with the operating system image, so no installation required. We will however need to install git so we can download the sample code from GitHub:

To get the source code for this example from GitHub:

For convenience, set an environment variable to contain the path to the source code repo:

We’ll use that later…

WiringPi is a mature and well tested library for working with GPIO pins on the Raspberry Pi from C. Using this allows us to get straight down to the business of controlling the lights without having to worry about lower level concerns.

Compiling and Running the Demo

Next, let’s compile the demo code that we downloaded from GitHub and make sure it works…

Here’s the code, contained in trafficlights.c in the GitHub repo:

Lines 1–4 pull in the header files for the WiringPi library, plus some other functionality we’ll need — signal.h and stdlib.h provide functions that we will be use to tidy up and quit nicely when the user presses Ctrl+C, stdio.h allows us to output status to the terminal via standard out.

Lines 6–8 provide convenient names for the GPIO pins that control each light. Note that WiringPi uses a different pin numbering scheme, so GPIO 9 (Red) becomes pin 13 for example. This mapping diagram shows the WiringPi pin numbers and their corresponding BCM mode pin numbers that are used in my other Pi Traffic Light articles for other programming languages.

Lines 13–17 define a convenience function that will turn all of the lights off using WiringPi’s digitalWrite function to set each pin that a light is connected to LOW (defined by WiringPi).

Lines 19–22 define a function that will be invoked when the user wants to quit the program and presses Ctrl + C… this will turn all of the lights off and exit back to the shell.

Lines 24–64 are the entry point / main function, which first registers the function defined at 19–22 as a handler for SIGINT (Ctrl + C), trapping and handling that signal to ensure that we exit cleanly and turn the lights off on the way out. Lines 27–30 initialize the WiringPi library, and lines 32–34 configure each of the GPIO pins we’re using as outputs. pinMode is a function provided by WiringPi, as is the OUTPUT constant.

We then turn all the lights off at line 36 ensuring we’re in a known state when we start. The code enters an infinite while loop, in which it uses WiringPi’s digitalWrite function to turn individual lights on — HIGH or off LOW (constants provided by WiringPi). It also uses the delay function provided by WiringPi to wait a few seconds before changing the state of the lights. Having cycled through the red, red / yellow, green, yellow states the loop starts again and continues indefinitely until the user presses Ctrl + C to invoke the SIGINT signal handler.