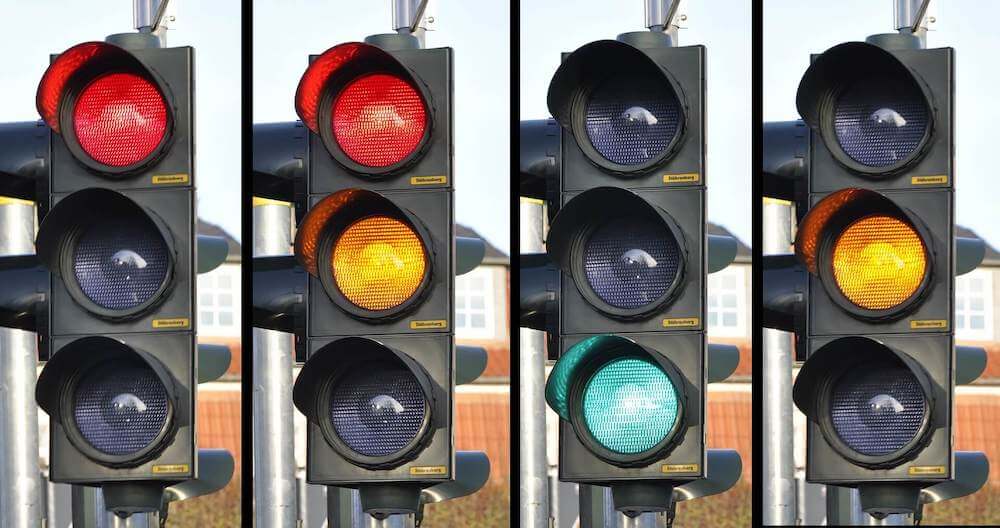 I’ve recently been doing some simple Python programming with the Raspberry Pi and a set of traffic light LEDs that connect to it. In this post I’ll look at setting up a Pi to drive the lights. In future posts, I’ll explore some other programming / devops concepts using the base setup described here.

We’ll use the Python programming language to make the lights work. First, you need to install a couple of extra software packages needed to allow you to download my sample code, and to give Python access to the GPIO pins on the Pi. Enter the following at the command line:

Answer “Y” when asked if you want to install additional packages.

Now get the code from my GitHub repo:

You should now be able to test the lights:

And if they are connected to the correct GPIO pins, they should start to flash on and off in the UK traffic light pattern (red, red + amber, green, amber, red). If you don’t see anything, you might need to make sure that you have the lights connected to the right pins.

The code for this is very simple. It starts by importing the RPi.GPIO library, plus time which gives us a timed wait function, signal that allows us to trap the signal sent when the user tries to quit the program and sys so we can send an appropriate exit signal back to the operating system before terminating.

Next we put the GPIO library into “BCM” or “Broadcom” mode (so we can refer to pins by the same numbers as are labeled with in GPIO pin diagrams), and sets pins 9 (red LED), 10 (amber LED) and 11 (green LED) to be used as outputs:

The main part of the program will run in an infinite loop until the user exits it by stopping Python with Ctrl-C. It’s a good idea to add a handler function that will run whenever this happens, so that we can turn off all the lights prior to exiting (thus ensuring they’ll also be in the state we expect them to start in the next time the program is run):

The main body of the code then consists of an infinite while loop that turns on the red light (pin 9), waits, turns on the amber light (pin 10), waits, then cycles through the rest of the traffic light pattern by turning the appropriate LEDs on and off:

When Control-C is pressed an interrupt signal signal.SIGINT is sent. This is handled by the allLightsOff function that switches all the lights off, tidies up the GPIO library state and exits cleanly back to the operating system.

In the next post in this series, I’ll look at how to drive the lights in either the UK or USA patterns of operation then we’ll move on to other ways to structure and deploy the code.