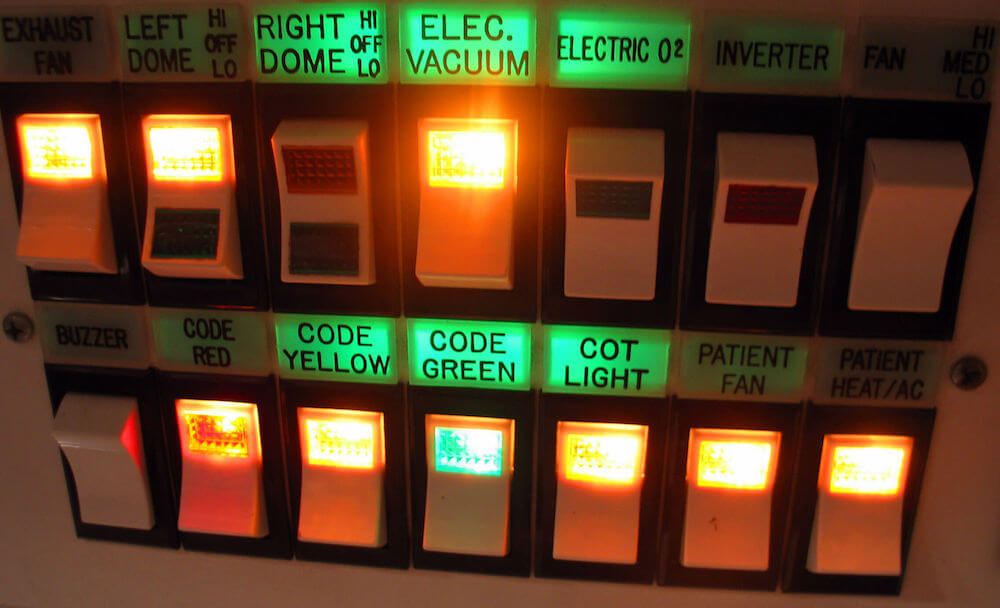 Google’s Cloud Functions have been around for a little while now. The product works well with other Google Cloud Platform offerings and provides a scalable, event-driven runtime for serverless applications or microservices. Developers can write functions using (a relatively old version of ¯\_(ツ)_/¯) Node.js (other language runtimes aren’t available at this point ¯\_(ツ)_/¯) and attach them to events. Supported event triggers include a HTTP request, a message being published to a pub/sub topic or changes to an object in a cloud storage bucket.

One feature that’s been noticeably absent from the Cloud Functions runtime until very recently has been support for environment variables. This omission has made it more difficult than necessary to provide values to functions at runtime without using a database or hard coding. These are not ideal approaches to managing values such as third party API keys. The lack of environment variables has also made it awkward to manage the normal progression of code through development, QA, staging and production environments for example if different keys to the same third party API are required in each.

Fortunately Google recently played catchup, adding support for environment variables as a beta feature. This helps to close the gap between Google’s Cloud Functions and Amazon’s AWS Lambda, which had this feature since forever. Let’s take a look at how it works in practice…

Modifying Code to Use Environment Variables

There’s nothing exciting here… we can get the value of an environment variable in the same way as we would do in any other Node.js runtime. Let’s use a function called helloEnvVars that we’ll attach to a URL for a browser to read:

If it can’t find a value for any of these, it will fallback to displaying “UNKNOWN” in the resulting HTML.

If we deploy the function as usual (substitute <projectID> for your Google Cloud Platform project ID):

Environment variables are set when the function is deployed. This is currently a beta function, so we’ll need to ensure that the gcloud command has beta functionality installed:

There are two ways to set environment variables:

To set an environment variable from the command line:

Multiple environment variables can be set with a single command by providing a comma separated list of <name=value> pairs:

Revisiting the function’s URL shows that the code is able to access the values:

For large numbers of values or as part of a continuous integration progress, it probably makes more sense to use a file to deploy environment variables. Google supports the use of a YAML file for this. Let’s create a file called env.yaml:

To deploy the function and set all of the environment variables in the file, use:

Updating environment variables appears to work in the same way as setting them for the first time, but using --update-env-vars:

As with the other commands, you can supply a comma separated list or specify a YAML file together with --env-vars-file.

It seems that you can also use --set-env-vars to overwrite the values of existing environment variables and --update-env-vars to add values for new ones. The two seem pretty interchangeable ¯\_(ツ)_/¯.I think I’ll stick with just using --set-env-vars for everything unless there’s a good reason not to?

Environment variables can be unset (removed) individually. Let’s remove two in one command:

We can also unset all environment variables at once:

Remember: Environment variables are scoped to the function that they are deployed with. Removing them for one function in your project won’t remove them for others even if the other functions are defined in the same .js file

I tripped over a few things while researching this topic, so thought I’d add these here to help others.

Don’t forget to quote and escape values when using --set-env-vars or --update-env-vars:

If you don’t do this, the shell will try and interpret the values.

When deploying environment variables in a YAML file, be careful of values that can be interpreted as boolean or int types by the YAML parser, e.g.:

These cause deployment errors:

The answer is to explicitly make the value a string:

The same applies to numeric values, for example:

will error on deploy, but:

If you’d like to use or study the code from this article feel free: I’ve put it on GitHub for you.

Writing a systemd Service in Node.js on Raspberry Pi
You Can Now Write Google Cloud Functions with Node.js 8