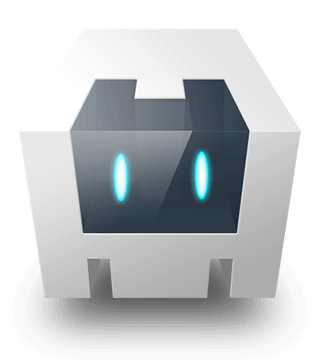 It’s very straightforward to script a Cordova app build, and have your chosen CI server run the build whenever some trigger happens (commit to Github, user chooses to initiate a build manually, etc).

You’d simply use something like this in a build script:

Which will build Android and iOS for you. For Android, you’d end up with a .apk file you can put on a device and for iOS you’ll need to export and sign your code with something like this (Apple provisioning profile ID and developer ID masked):

This assumes it’s running within Jenkins, which sets $WORKSPACE to the folder that Jenkins is working in, and $buildNumber to the build number it is building.

(There’s a few ways of scripting the Apple signing and ipa generation process — if you have a better way I’d love to hear from you).

However, what this doesn’t do is set the version or build number of the app itself (the thing that shows up in the App Store / Google Play, or which you may also want to show in your application).

In Cordova, these values are set in the app’s config.xml file as attributes of the widget element:

Note: if your config.xml was generated by the Cordova CLI when you originally created the app, you’re probably not going to see the ios-CFBundleVersion and android-versionCode attributes as they aren’t part of the boilerplate template that the CLI uses. You will have to add those attributes if you want to use them.

The CLI will take care of setting the native code version / build numbers accordingly when you run:

So, to set version and build number, we edit config.xml. This works, but is not particularly suited to easy scripting where we want to use the Continuous Integration server’s ability to run parameterized builds and supply us with a version and build number dynamically. In an ideal world we’d have a Cordova CLI command that looks something like:

Maybe this is something I should raise as an enhancement idea to enable the Cordova CLI to work more seamlessly with a Continuous Integration server?

Meantime, I had a pressing need for something like this, so went ahead and wrote a Python script to make the required changes to config.xml, and take version and build numbers as parameters. I did this in Python as I’m working on Mac OS X, where Python comes with the operating system so doesn’t create an additional dependency. It’s also portable to other operating systems.

I put this on my Github so you can grab it and use it as is, or change it to suit your own needs.

The script expects to be invoked with the following parameters:

I run this as a CI build step prior to running the Cordova build commands.

Feel free to check out my script on Github, and use it as you need.

There may be a better way of achieving this, but this is working for me right now. If you have a better idea, or are achieving this in some other way, let me know - get in touch via the Contact page; we’d love to hear from you.