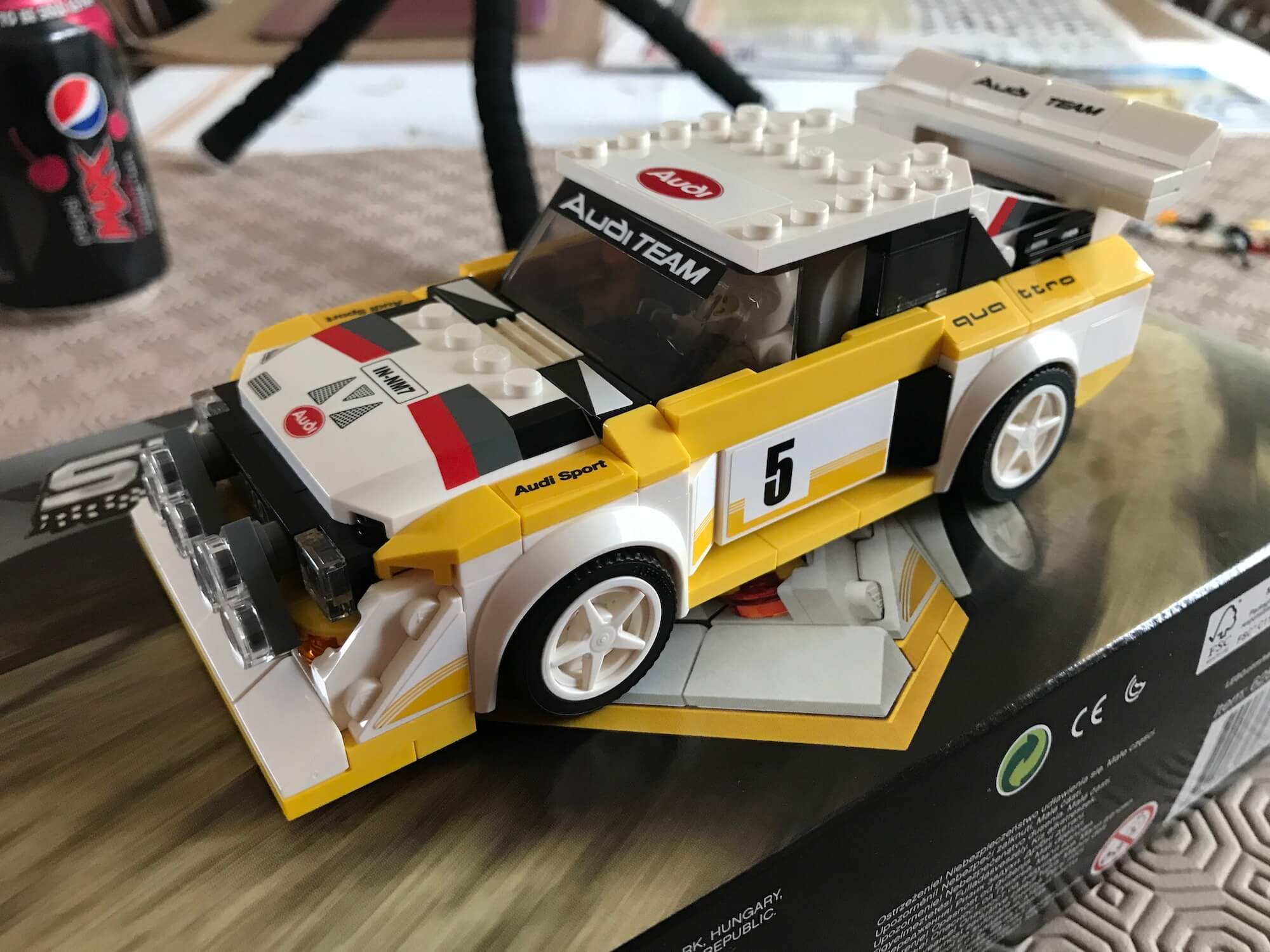 I received Lego’s kit of the 1985 Audi Sport Quattro S1 for my birthday recently, and decided to have a bit of fun building it by recording the process using my iPhone, then making a sped up video of it.

Building the kit was a nice way to spend an hour or so, and Lego provide great instructions as always. There’s a few decals that need to be applied semi-carefully, but nothing too hard - it’s rated as an age 7 and up kit and that seems appropriate.

The kit has two separate parts bags, so I filmed the build in two takes - one for bag one, the other for bag two. Here’s the finished video:

And here’s some still pictures of the finished product:

I was pretty impressed with the video results using the front facing camera on my iPhone 7 which was clamped into a tripod. I used iMovie to edit it together, add some titles and speed it up. The music was free and it’s called “Box” by “Bimbotronic”. It’s available from their page on icons8.com.